Born on 30th October 1894, Peter Warlock was a British composer and music journalist. Whilst working in music he was known by the pseudonym Peter Warlock, with his birth name actually being Philip Arnold Hestletine. He is best-known for his songs and vocal music, which included sets of Elizabethan and Jacobean songs. Warlcok’s style has been described by Cecil Gray as:

“They [the differing elements] are fused together in a curiously personal way: the separate ingredients can be analysed and defined, but no the ultimate product, which is not Dowland plus Van Dieren or Elizabethan plus modern, but simply something wholly individual and unanalysable – Peter Warlock. No one else could have written it.” [Source]

Peter Warlock died at the young age of 36 in 1930 after supposedly committing suicide – although this was never proven nor denied at the time. The legacy that he has left behind includes over 150 songs for solo voice and piano, choral works, chamber instrumental works and some orchestral accompaniments. Warlock is perhaps best-known for his 1922 solo voice and piano work Sleep.

The text used for Sleep is comprised of the poetry of John Fletcher (1579-1625), who was an English Jacobean dramatist. The text is taken from a play entitled The Woman Hater, which was written in 1607:

Come, Sleep, and with thy sweet deceiving

Lock me in delight awhile;

All my fancies; that from thence

I may feel an influence

All my powers of care bereaving.

Though but a shadow, but a sliding,

Let me know some little joy!

We that suffered long annoy

Are contented with a thought

Through an idle fancy wrought:

O let my joys have some abiding!

Scored for medium low voice (low alto/tenor) the range of the song is less than an octave. Set in sombre key of Gb minor, the song is striking due to Warlock’s performance direction: “To be sung as though unbarred”. Essentially this means that the phrases should be placed where the natural accentuation of the words fall. This means a lot of the first beats of the bar is filled with piano only, as it is more natural for the voice to enter on the second beat or later.

The accompaniment and voice are harmonically intertwined throughout the song, with the accompaniment often shadowing the vocal melody line. The fairly simple melody line moves mostly by step, which avoids awkward intervals for the singer. The rhythmic patterns are also straightforward, which places emphasis on the lyrics of the song, and what they are trying to achieve. Although simple out of context, when played with the accompaniment the closeness of the parts creates magical cross-rhythms and harmonies that became a trademark of Warlock’s vocal works.

Although sombre in tone, critics have said that this piece should not be considered sad at all. “For Warlock, the singer, wooing sleep, knows that sleep will come.” Musically, Warlock shows that sleep has come by stating a hopeful G major chord at the end of the song. Sleep is able to transport the listener into a different time for a few minutes, before leaving a glimmer of hope and ending.

The poignant ending was an atypical technique of Warlock, and Sleep is no exception. Now, the work is still regularly performed today for recitals and exams across the world, and is by far one of the most-popular works that Warlock left in his incredible legacy.

You might also enjoy… Ralph Vaughan Williams: The Vagabond

Gabriel Fauré: Dolly Suite Context Gabriel Fauré’s set of piano duets, also known as the Dolly Suite, were composed between 1893-96. Each duet marks the birthdays, anniversaries and other occasions in the life of the Read more… 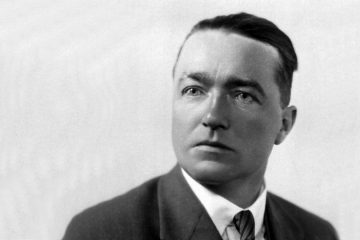 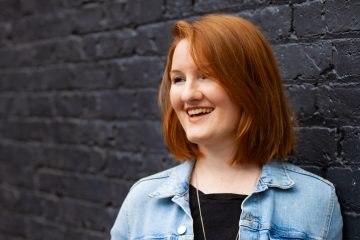