Hector Berlioz ‘Symphonie Fantastique’: Programme Music like No Other!

With its full title reading Symphonie Fantastique: Épisode de la vie d’un artiste en cinq parties (Fantastical Symphony: An Episode in the Life of an Artist, in Five Parts), the work lends itself to being autobiographical. The first performance was at the Paris Conservatoire in 1830. Each movement has its own programme note from the composer outlining the general story of the music. The main story itself tells the tale of an artist gifted with a lively imagination who has poisoned himself with opium in the depths of despair and love. There are also records of Berlioz himself being on opium as he composed this symphony. This work was also largely influenced by literature such as Thomas De Qiuincey’s Confessions of an English Opium Eater and Goethe’s Faust. This work was unlike anything Berlioz had composed before due to its extra-musical narrative devised by him, which is essentially playing out his reactions to overdosing on opium and the hallucinations he experiences.

Berlioz is now known as one of the masters of instrumentation within Romanticism, and Symphonie Fantastique is certainly no different. His love for colour and harmony are certainly heard within this work as he expanded the size of his orchestra to achieve wider levels of dynamics and depth (he had around 130 players in the orchestra at the premiere, but he wanted about 220 whilst composing the work). Berlioz favoured expression over form, so abandoned a lot of Classical and Romantic forms and let the programme of the music govern how the movements played out. There are five movements of the work and each of them are linked by a theme called the idée fixe (fixed idea), which is a melodic reference to the Beloved (a Shakespearean actress names Harriet Smithson), and the way it changes, whether it in dynamic, rhythm, harmony or tempo, reflects the changes of the Artist’s concept of her. Outlined below are the five movements of the work:

Each movement is its own story that feeds into the main story. It’s an incredibly intelligent piece of programme music, which uses a wealth of different compositional techniques to stitch every part of the story together by the end.

“The author imagines that a young musician, afflicted by the sickness of spirit which a famous writer has called the vagueness of passions (le vague des passions), sees for the first time a woman who unites all the charms of the ideal person his imagination was dreaming of, and falls desperately in love with her. By a strange anomaly, the beloved image never presents itself to the artist’s mind without being associated with a musical idea, in which he recognizes a certain quality of passion, but endowed with the nobility and shyness which he credits to the object of his love.

This melodic image and its model keep haunting him ceaselessly like a double idée fixe. This explains the constant recurrence in all the movements of the symphony of the melody which launches the first allegro. The transitions from this state of dreamy melancholy, interrupted by occasional upsurges of aimless joy, to delirious passion, with its outbursts of fury and jealousy, its returns of tenderness, its tears, its religious consolations – all this forms the subject of the first movement.”

The first movement is fairly slow in tempo and is known to be a radical example of harmonic progressions. There is an arch-like progression, which spans over much of this movement, until the home key is heard once more. Within this opening framework, the idée fixe can be heard. There is a sense of imbalance throughout this movement, with the main theme being deliberately unequal in length and all phrases being completely littered with very detailed expression marks. The main theme is taken from a previous composition by Berlioz: Scéne Lyrique (1828). Whilst this movement is perhaps similar to that of the classical sonata form, it strays a lot from this structure throughout, which is why it has been so disputed within academia and Berlioz fans alike.

“The artist finds himself in the most diverse situations in life, in the tumult of a festive party, in the peaceful contemplation of the beautiful sights of nature, yet everywhere, whether in town or in the countryside, the beloved image keeps haunting him and throws his spirit into confusion.”

There is a feeling of impending excitement at the beginning of this movement due to the clever instrumentation. This atmospheric introduction is then penetrated by the main waltz theme (which is derived from the idée fixe), which is then transformed into an extended variation of this theme. The use of two harps and lots of luscious strings provides the grounding of the richness of the ball, which has also been said to symbolise the Artist’s affection. The music is set to display a glittering ball which is exactly what it does with its grandeur and presence.

“One evening in the countryside he hears two shepherds in the distance dialoguing with their ranz des vaches; this pastoral duet, the setting, the gentle rustling of the trees in the wind, some causes for hope that he has recently conceived, all conspire to restore to his heart an unaccustomed feeling of calm and to give to his thoughts a happier colouring. He broods on his loneliness, and hopes that soon he will no longer be on his own… But what if she betrayed him!… This mingled hope and fear, these ideas of happiness, disturbed by dark premonitions, form the subject of the adagio. At the end one of the shepherds resumes his ranz des vaches; the other one no longer answers. Distant sound of thunder… solitude… silence.”

The two shepherds that are mentioned within the programme notes are depicted by a cor anglais and an offstage oboe. The principal theme of this movement can be heard by the violins and flute, just after the cor anglais and oboe conversation has ended. This movement is very reserved until the striking passage for four timpani nearer the end of the movement. This timpani motif aims to depict the sound of distant thunder as the landscape movement draws to a very quiet close.

“Convinced that his love is spurned, the artist poisons himself with opium. The dose of narcotic, while too weak to cause his death, plunges him into a heavy sleep accompanied by the strangest of visions. He dreams that he has killed his beloved, that he is condemned, led to the scaffold and is witnessing his own execution. The procession advances to the sound of a march that is sometimes sombre and wild, and sometimes brilliant and solemn, in which a dull sound of heavy footsteps follows without transition the loudest outbursts. At the end of the march, the first four bars of the idée fixe reappear like a final thought of love interrupted by the fatal blow.”

The fourth movement is reconstructed music from Berlioz’s unfinished project Les francs-juges. It is perhaps the most famous of all the movements as it has an incredibly memorable trumpet motif in the middle of the movement. There are lots of fast-moving parts within this movement, especially from the upper winds and strings. The march-feel makes this a much more structured movement within the work. As the piece nears towards the end, just before the depiction of his execution, there is a very brief recollection of the idée fixe from a solo clarinet, which is said to be representing the last conscious thoughts of the soon-to-be-executed man. This solo is savagely interrupted by a very loud and tempestuous chord which represents the fall of the guillotine’s blade. The ending is a very climactic one with full percussion, brass and strings playing fff.

“He sees himself at a witches’ sabbath, in the midst of a hideous gathering of shades, sorcerers and monsters of every kind who have come together for his funeral. Strange sounds, groans, outbursts of laughter; distant shouts which seem to be answered by more shouts. The beloved melody appears once more, but has now lost its noble and shy character; it is now no more than a vulgar dance tune, trivial and grotesque: it is she who is coming to the sabbath … Roar of delight at her arrival … She joins the diabolical orgy … The funeral knell tolls, burlesque parody of the Dies irae, the dance of the witches. The dance of the witches combined with the Dies irae.”

The fifth and final movement of Symphonie Fantastique depicts the ‘Dream of the Night of the Sabbath’ and it is a very turbulent ending to this symphonic work. The many and varied tempo changes are the best way to break up this movement. The introduction is very slow and ominous and the use of various compositional techniques can be heard in instruments such as the strings (tremolos vs pizzicato phrases). This section leads into a much faster tempo in 6/8 compound time. The Eb clarinet is a very prominent instrument within this movement as its shrill and bitter tone adds to the effect of the story. The next section features the mighty tubular bells, which acts as the funeral bells of the piece. The Dies Irae follows this section, which is initiated by the tuba and bassoons. Around 100 bars later the witches dance theme enters, which is developed over many bars, creating a fully developed rondo by the end. Berlioz uses extended techniques and timbres within this movement to create certain effects. Berlioz’s the use of col legno on the string parts (playing with the wooden side of the bow), creates the bubbling of the witches’ cauldron. Essentially, this last movement musically depicts the descent of the executed Artist into hell, where his murdered Beloved (alongside a load of witches) are there to greet him. The use of rhythmic distortion on the idée fixe shows the transformation of the Beloved from start to end. The movement ends with loud brass fanfares and fast-moving passages from the strings and winds. The ending is triumphant, trivial and totally brilliant!

Throughout the five movements, the presence of the idée fixe creates a melodic thread between all of the musical material, creating this musical blanket. Harriet Smithson (the Beloved depicted within the work), married Berlioz in 1833, though their marriage did not last long as the two were not happy enough together. Symphonie Fantastique is a thrilling work which lends itself to perhaps being one of the finest examples of programme music from the 19th Century. Long gone are the thoughts that Berlioz only inputted trivial and ‘unimportant’ works within classical music, instead his music is filled with wonderful musical writing, orchestration and harmony.   Happy Reading! Image Source   You might also enjoy… 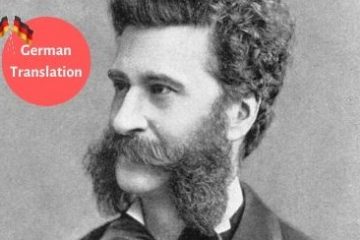