Paul Dukas was born in Paris, 1865. In 1881, Dukas entered the Conservatoire de Paris, studying piano and composition. Whilst studying at the conservatoire Dukas became very close friends with Claude Debussy. Dukas thrived studying composition, however, much of his work within this period was destroyed by the composer, due to his perfectionist and sadly, self-destructive tendencies. This seemed to be a general theme for the whole of Dukas’ career, as there are a very limited amount of manuscripts left. However, some of the work that has survived won, or placed him in line for prestigious prizes, such as the Prix de Rome. 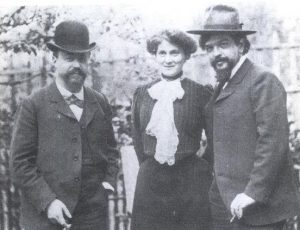 After he left education, Dukas pursued a dual career as both a composer and music critic. Whilst his career as a critic was thriving after writing reviews on the works of Wagner and Mahler, his composing career was questionable. He wrote a mix of symphonic works, which received mixed reviews upon their premieres, however, they were received much more positively after 1900. The reason for this change in opinion is largely down to Dukas’ most popular work, L’apprenti sorcier (‘The Sorcerer’s Apprentice’). The piece gained international recognition for its innovative use of the programme music genre. L’apprenti sorcier overshadows all of Dukas’ other compositions, thus the piece became a slight hindrance for Dukas, as none of his other works were ever as well-received.

The Sorcerer’s Apprentice was written in 1897, and is subtitled “Scherzo after a ballad by Goethe” due to it being based on Johann Wolfgang von Goethe’s 1797 poem of the same name. Goethe’s poem can be read here:

That old sorcerer has vanished

And for once has gone away!

Spirits called by him, now banished,

My commands shall soon obey.

Every step and saying

That he used, I know,

And with sprites obeying

My arts I will show.

Come, old broomstick, you are needed,

Take these rags and wrap them round you!

Long my orders you have heeded,

By my wishes now I’ve bound you.

Have two legs and stand,

And a head for you.

Run, and in your hand

Hold a bucket too.

See him, toward the shore he’s racing

There, he’s at the stream already,

Once again he hastens!

How the water spills,

How the water basins

Master’s word I have forgotten!

Ah, the word with which the master

Makes the broom a broom once more!

Ah, he runs and fetches faster!

Be a broomstick as before!

Every new the torrents

That by him are fed,

Pour upon my head!

Can I please him,

I will seize him!

My misgivings grow the stronger.

What a mien, his eyes how frightful!

Brood of hell, you’re not a mortal!

Shall the entire house go under?

Over the threshold over portal

Streams of water rush and thunder.

Who will have his will,

Stick that you have been,

Can I never,Broom, appease you?

I will seize you,

Hold and whack you,

And your ancient wood

With a whetted axe I’ll crack you.

Now I’ll throw myself upon you!

Crash! The sharp axe has undone you.

What a good blow, truly!

Any my breathing’s free.

Off they run, till wet and wetter

Hall and steps immersed are lying.

What a flood that naught can fetter!

Lord and master, hear me crying! –

Sir, my need is sore. 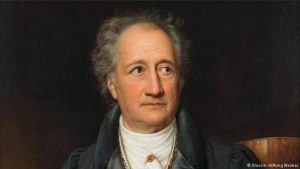 L’apprenti sorcier established a mysterious atmosphere, which is set off by the strings. A descending sequence is heard in the upper strings, and this is counteracted by the main theme – just in a much slower form – by the clarinets and flutes. Suddenly a burst of energy breaks through and once the muted trumpet enters reflects when the apprentice discovers some of the sorcerer’s magic. Fast tremolos from the strings and the piercing trumpets depict the apprentice trying his luck with making the magic work on some nearby brooms.

The next section is the very famous part, which starts with single notes in 1, which bounce from tonic and dominant. The bounce-feel in this section, coupled with the silence bars, create tension as to whether the magic is going to work on the broom. Thus, the famous bassoon line enters, which is based upon a simple quaver movement in 3/8 – though usually played quite fast! Its fast and playful feel gives this section a pleasant atmosphere – fizzing with triumph for the apprentice.

This melody is then taken from the bassoons and is passed around the orchestra. The off-beat stabs by the horns and pizzicato strings give this section a very pacy feel. The eight-bar phrase is interrupted by smooth strings, who are shadowing the chord progression from the beginning of the piece. The trumpets enter with the main theme and the orchestra all come up in terms of dynamic and energy. The quick change from arco to pizzicato in the strings creates a very interesting timbre, which helps with depicting the different aspects of the magic. The glockenspiel becomes one of the most important instrument here, with its fast and technical rhythms. The high-pitched glockenspiel sound is what I feel gives the ‘magic’ atmosphere to the piece as it could represent the sparks of magic.

A sketch by Ernst Barlach representing ‘The Sorcerer’s Apprentice’ scene

This section is soon finished after a trill, and then the orchestra returns back to the one note-bounce motif. The main theme has also returned, though this time in the string section. An amalgamation of the main theme and the theme from the introduction is then heard. This section centres around the string section, with occasional interruptions by the trumpets, timpani, and glockenspiel. A climatic section grows throughout the orchestra and a ‘downward spiral’ motif is played by the strings. This leads to an upper brass fanfare, which leads us to the next climax of the piece, where the whole orchestra is together.

Very quickly, however, the instrumentation drops dramatically, and what instrument are we left with? None other than the lowest of the bassoon section – the contrabassoon! This is a very interesting and amusing choice in instrument. It plays an ascending 4-note motif, which is then passed to the clarinet before the main bassoon theme returns once more. The bassoons then play a variation of the theme, whilst the clarinets play the initial theme above. This creates a hectic atmosphere, which is very exciting. The mixing of various themes at once is to highlight the mess that the magic is making. The climax is very exciting here and the whole orchestra is playing in their top ranges on a trill. The orchestra then explodes into the main theme altogether, and the loud dynamic represent the strong magic.

Fast passage work by the string section brings the piece into a brass-led explosion of sound (this is supposed to represent the sorcerer speaking the magic and stopping the brooms from cleaning). Again, the mood drops and the strings play a short pizzicato section. The bounce theme tries to return, however, the strings enter with the introductory passage, which creates the mysterious atmosphere once again. The viola leads the main melody at times in this section.

To end the piece and break the tension created, the whole orchestra plays a four-chord ascending scale. The four notes at the end here supposedly represent the number of disciplinary strokes the sorcerer has given to the mischievous apprentice. With the various changes in tempo, it reiterates the story of the young apprentice trying the magic, but losing control of it very quickly. After chopping up the broom, he realises the work is done twice as fast (hence the different tempo changes).

This work is also famous from being in Disney’s film Fantasia. 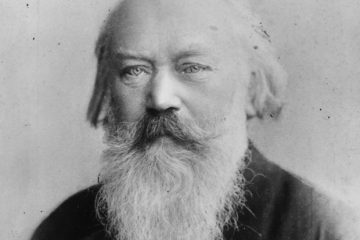 Johannes Brahms: Symphony No.1 Context Few popular large scale works have taken longer to compose than Johannes Brahms’ First Symphony. The German composer spent just over 21  years to end with what we know as Read more… 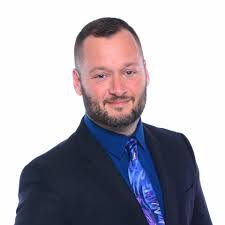 Randall D. Standridge: Imaginarium Context American composer Randall D. Standrige has made a fruitful career as a composer thus far. He is perhaps most-known for his works for wind orchestras and concert bands, with his Read more… 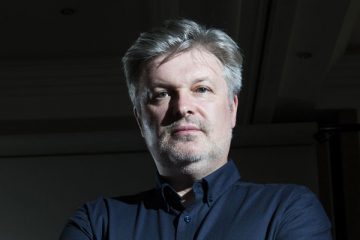