American composer Carl Ruggles only composed a small selection of works in his lifetime. However, he was one to constantly revise his works, so many of his compositions have various changes as time went on. His orchestral work Men and Mountains was composed in 1924, and soon revised. The title of the piece came from a quote by William Blake: “Great things are done when Men and Mountains Meet.” He did indeed compose another similarly named work a few years earlier in 1921 called Men and Angels. Ruggles decided to separate the works, making both full symphonic suites in their own right.

Although through-performed, Men and Mountains is written in three movements:

I. Men: A Rhapsodic Proclamation

The first movement refers to William Blake’s quote above. The second movement pays homage to Walt Whitman’s poem When Lilacs Last in the Dooryard Bloom’d. The final movement finishes off the above quote from William Blake. Men and Mountains is approximately 12 minutes in duration, however the first versions of this work were slightly longer. Ruggles’ original version was scored for chamber orchestra and was premiered in 1924. The work was slightly longer in duration before Ruggles separated the music between Men and Angles and Men and Mountains.

The initial premiere was not received very well, all things considered. Ruggles’ contemporaries, such as Charles Ives, Henry Cowell and Ruth Crawford-Seeger were all premiering much more successful music across America. To try and combat this issue, Ruggles revised Men and Mountains for large orchestra, which was then premiered 12 years later in 1936 by the New York Philharmonic. Critics praised this revised version of the work, and is now the orchestration used by orchestras today. Sadly, the original chamber orchestra version is now seldom performed or even referenced.

I. Men: A Rhapsodic Proclamation

The tumultuous opening to this movement is a bold rhapsodic proclamation for horns and orchestra. This music is quintessential Ruggles, with angular melodies, long dynamic leaps and music littered with complex meter changes. The dramatic high pitched strings opening that leads to a general pause across the orchestra adds to the sheer drama of this music.

The brass take centre stage in this movement, with the french horns being at the forefront with their highly Romantic fanfare lines. The piano also plays an essential part in this movement, as Ruggles often uses it as a transition into a new section of the music. The climax built up from the middle of the movement until the end explodes in colour and sound, with the strings playing in a very high octave, the winds and most notably the piccolo flute, also playing high. This stormy first movement sets a very dynamic and powerful atmosphere.

Contrary to the stormy first movement, the second movement Lilacs is scored for strings alone. There is a sense of lyricism, however Ruggles’ unique point of view is still embedded throughout the music. The persistent angular melodies and constant changes in metre gives you a real insight into the sound world of Ruggles. The movement opens with a descending two-note motive, that is then repeated throughout the music.

The music in this movement is very intense in its own right. It aches and pulsates through the jaunty movements and the added vibrato being used. The dissonant harmonies, similar to the opening movement, brand this work as modernist. This movement has been described as being “modernist mysticism” – a description that Ruggles would have likely agreed with. Throughout this intense slow movement there are opportunities to witness Ruggles’ artistic integrity through, what seems like a very personal account.

Similarly to the first movement, Mountains opens with a similar brass-led, general pause populated beginning. The strong unity in the chordal movement brings to life Ruggles’ complex harmonic language throughout the work. The aggressive temperament of this movement is highlighted through this unity, as well as the bold proclamations given by the whole brass section this time.

After a whirlwind of sound, the texture and dynamics quickly drop to an intimate passage led by the winds. This fragment offers some sort of soloistic reply to the strings heard before.This more gentle section has soon moved on, and the original aggressive intensity of the music begins reaching its largest climax. The strings lead us out of this section back into the tumultuous storm of the journey over the mountain.

The orchestra unite once more in a what seems a much more dramatic account of Ruggles’ harmonic movement. With general pauses adding drama and a breath of silence before it starts again, the music is thrilling and it’s tricky to know where it will go next which adds to the excitement. The build up to the end of this movement has been likened to Beethoven’s Fifth Symphony due to Ruggles’ use of the short-short-short-long structure. Rhythmically the brass and strings move together here to play this theme, which leads to fateful climax at the end of the work.

Ruggles’ music is un-apologetically original through and through. His use of instruments in his orchestrations are very clever, and often pushes players to their limits. The artistic intensity of Ruggles’ music is said to represent his infamous prickly personality. Although a composer with not a massive catalogue of music, the music Ruggles did compose was often bettered over many years until his death in 1971. His authentic outlook on the musical world allowed him to create some of the most musical complex and fruitful 20th Century American music out there. 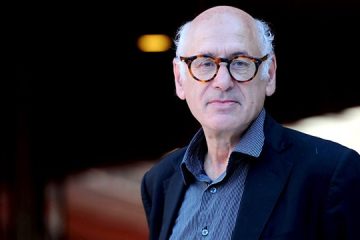 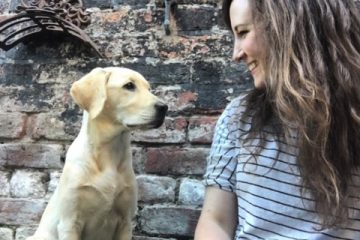