Completed between September-October 1816, Franz Schubert’s Fifth Symphony was quickly published after the seldom-heard Fourth Symphony. There have been a number of accounts claiming the influence of Mozart for the Fifth Symphony, with Schubert also writing in his diary, dated June 13th 1816: “O Mozart! Immortal Mozart! what countless impressions of a brighter, better life hast thou stamped upon our souls!” Schubert’s instrumentation matches that of Mozart’s Fortieth Symphony, as well as using similar processes to end up at the final product.

Split into four movements, the symphony explores a number of characters and moods. The Fifth was also the first symphony that Schubert wrote that did not open with a slow introduction.

Opening with a four-bar motif that leads into the main theme by the fifth bar, Schubert opens this symphony similarly to how he closes the Fourth. The main theme consists of an ascending arpeggio which is then opposed by dotted rhythms. This theme is heard throughout this movement as it dominates the whole exposition section. Schubert plays with the sonata form structure by using different harmony rules, which adds to the flair and excitement of this opening movement.

The longest of the four movements, the slow-paced second movement consists of two main parts that are repeated throughout. There is often a lot of focus on Schubert’s harmonic language in this movement as he makes some interesting shifts, including a famous Cb modulation that became very characteristic for him. Considering he composed this symphony at age 19, there are a lot of indicators of what we now refer to as Schubertian style.

The development of the two main sections is slow as Schubert takes the time to properly tease out every last drop of musicality from the orchestra. The sweet ascending melody rests largely in the upper strings, however Schubert also uses the upper woodwind for some of the accentuation effects. After a final recap of the theme, this movement concludes quietly.

Perhaps the most famous of the four movements, the energetic third movement is full of chromatic movement that certainly shadows some of Mozart’s thinking in the menuetto of his Fortieth Symphony. The trio section is short and quiet with the music slowly building back up to the theme from the menuetto. Schubert’s light writing is a welcome change from the heavier lyrical second movement, with the strings flying the themes. The movement ends with the triumphant return of the opening chromatic theme.

The finale movement is short and quick-witted throughout. The intricate string parts bounce off one another as the main theme begins to grow into fruition. Fast turns and trills add to the thrill of the finale, with the woodwind adding decoration and layer of harmony throughout. The theme is a nice balance of all four themes from this symphony rolled into a quick whistle-stop tour of Schubert’s growing style. After a final reprise of the theme, the finale concludes with a thrilling repeated motif before the final tutti chords are played. 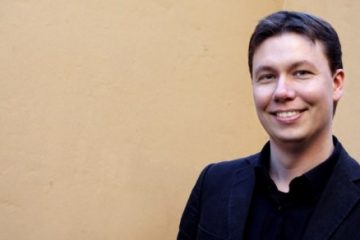 Ola Gjeilo: Ubi Caritas Context Ola Gjeilo was born in 1978, in Sandvika, Norway. From an early age he was exposed to a range of different genres of music, but he took a special liking to both Read more…

Hubert Parry: I Was Glad  Context Hubert Parry (1848-1918) was at the height of his fame by the start of the 20th century. He held a Professorship at Oxford from 1900, as well as being Read more…