During the 1800s opera had a lot of appeal to audiences. From big dramatic story lines to emotional arias, opera was in its prime during this century. Although opera was perceived to have a glamorous aura, it was actually quite inaccessible for a large part of the public due to price and cultural differences. Therefore it is not surprising that many pianists sought to gain more audiences by composing, arranging and performing their own operatic fantasies. Franz Liszt’s career gained proper traction after he started performing his bravura transcriptions. These were ideal outlets for pianists to show off their virtuosity and prowess over the instrument. On the other hand, they were also ideal for audiences as they were able to access those iconic operatic melodies, just in a slightly smaller and diluted format.

Liszt undertook the challenge of diluting Bellini’s opera Norma into a 15 minute solo piano work in 1841. The work easily equals the dramatic impact of the original opera through Liszt’s dynamic and highly virtuosic writing. No less than seven arias dominate Liszt’s transcription of Norma which are threaded together to create a nearly continuous stream of music. The title role of Norma is often said to be one of the hardest roles for a soprano to sing, and this adds to the drama and intensity of the music. A brief summary of the opera has been described by Greg Anderson:   “Norma, a priestess facing battle against the Romans, secretly falls in love with a Roman commander, and together they have two illegitimate children. When he falls for another woman, she reveals the children to her people and accepts the penalty of death. The closing scenes and much of the concert fantasy reveal Norma begging her father to take care of the children and her lover admitting he was wrong.”   The complex music represents the tragedy woven into this story, which is perhaps why Liszt made the effort to transfer the challenges of this score into a piano fantasy. With cascading arpeggios, massive interval changes and dynamic changes at every turn, Réminiscenes is a true test of technical ability. The score is saturated with huge chordal movement, fast-paced cadenza sequences and a raffle of different tempo markings. Pianist Leslie Howard described the work as “a triumph of understanding not just of Bellini’s masterpiece, but of practically all the sound possibilities of the piano in Romantic literature.”

Liszt’s ‘Grande-Fantasie’ of Bellini’s Norma is a marvel to behold. Only the most virtuosic of pianists can attempt this work as it is fraught with technically demanding passages from start to finish.

Eric Coates: The Dambusters March Context Composed as the theme to the 1955 British war film, The Dam Busters, Eric Coates’ work of the same name is one his most beloved works. The music has Read more… 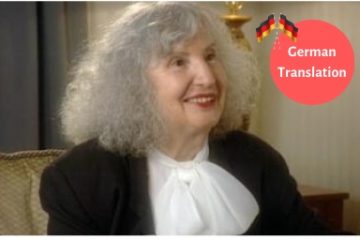