Born in Vienna in 1871, Alexander von Zemlinsky was tutored by some of the ‘great’ composers of the Romantic period – Gustav Mahler and Johannes Brahms. After the premiere of Zemlinsky’s First Symphony, Brahms supported the young composer until his own death in 1897. You can find out more about Brahms here.

Composed between 1892-93, Symphony No.1 in D minor was premiered in late 1893. At the time of composition, Zemlinsky was 21 years old and still studying at Conservatory. He took great influence from Brahms, however he often took trips as part of his course to hear the works of Richard Strauss, Richard Wagner, Anton Bruckner and Giuseppe Verdi. Within his First Symphony, you can see Zemlinsky’s attempts at creating a hybrid of all of his pedagogical influences into one composition. Zemlinksy’s compositional style became popular with the likes of Schoenberg, Weill and Hindemith. Schoenberg in particular took a great liking to Zemlinsky and his music, and the two remained good friends. The First Symphony was only the beginning of Zemlinsky’s fruitful career as a composer, conductor and pedagogue. 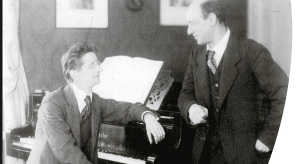 The symphony is in a four-movement structure, which falls into the traditional symphonic framework. This choice is most likely to have come from the influence of Brahms. What is notable about this symphony is the strong lyricism that Zemlinsky writes across the orchestra, which becomes apparent from the opening melody of the first movement.

There is no doubt that the first movement of the First Symphony evokes the spirit of Bruckner, and his dramatic symphonic style. The movement as a whole could be described as a being in form and variation structure. The main melody sweeps around the orchestra for the duration of the movement, with Zemlinsky altering the dynamics, harmony and texture to create different effects. This was a common technique for symphonists, including the likes of Beethoven and Brahms. This movement is economical in that sense, as Zemlinsky creates a grand opening movement from a single kernel of music.

Structured as a vibrant Scherzo, the second movement is full of a playful musical voice that travels throughout the orchestra. One of the most prominent aspects of this movement is the dialogue between the different voices within the ensemble. The upper winds and strings in particular are the driving force of the opening theme.

There is a slow, evocative trio section of this movement, which has a very different character from the opening. The strings play a repeated note to keep the drive of the tempo going, however some of the other voices begin to unfold into a hymn-like section. The harmony becomes very chordal here, and one gets the feeling of pastoral music. The rest of the movement harks back to the opening Scherzo music, with a hint of the trio development as well.

This pensive movement takes the listener on a journey of nostalgia. The music, however, is not mournful, but contemplative, unlike a lot of slow movements from Zemlinksy’s contemporaries. Throughout the movement Zemlinsky builds drama in the music, with the use of a range of dynamics and unique transition passages that highlight certain voices within the orchestra. The music is notably romantic in this movement, with Zemlinksy’s long, and rather Schubertian, lyricism singing throughout.

The finale of Zemlinsky’s First Symphony is opened by a staccato marked oboe solo. This movement has come under some criticism by critics for not being as exciting as finale perhaps ‘should be’. It does indeed posses a lot of the traits of an opening movement of a symphony. However, Zemlinsky’s development of the three main themes, and his attention to detail when it comes to orchestration, makes this an effective final movement. The final minute of the movement is certainly the most exciting, with tension being built by the use of string tremolos and a gradual acceleration in the tempo. A reprise of the main theme is proclaimed by the brass, with the upper strings playing in an extremely high register to create excitement. The symphony draws to a close with the orchestra coming together for the final grand chord.

Although popular in his time, Zemlinsky’s works are seldom performed today. It seems that his contemporaries surpassed him in terms of popularity, with concert halls regularly programming the likes of Mahler, Brahms, Schoenberg, Bruckner and Berg. Zemlinsky’s compositions are a fantastic gateway into music that crossed the turn of the century.

You might also enjoy… Arthur Bliss: A Colour Symphony 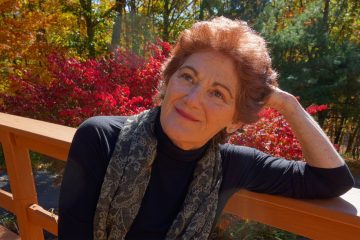 Sheila Silver: Nocturne Context Sheila Silver is an American-born composer who grew up in Seattle. She began receiving piano lessons from the age of 5 and her love and passion for music grew and grew until Read more… 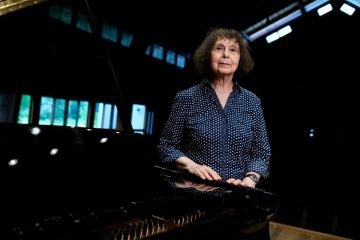 Sofia Gubaidulina: Duo for Two Bassoons Context Sofia Gubaidulina was born and raised in the Kazan region of the (former) Soviet Union. Whilst growing up she was influenced by both Eastern and Western cultures due Read more… 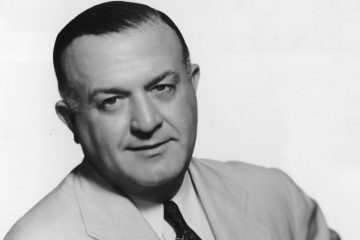 Ferde Grofé: Mississippi Suite Context Ferdinand Grofé was born in New York City in 1892, and was lucky enough to be born into a musical family. His father was a classical baritone singer, his mother a Read more…