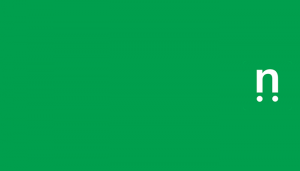 A survey conducted by the online musician booking platform, Encore Musicians, has revealed that the UK music industry is in a state of crisis as a result of the pandemic.
The results show that due to widespread event cancellations musicians have lost on average 87% of their live bookings and with them their main source of income.
While some have been able to secure financial assistance from the government (like universal credit and SEISS) and grants from music organisations, many are falling through the gaps and are struggling to make ends meet.
The concerning result is that the majority of musicians are now considering leaving the profession and are applying for jobs elsewhere.
This would lead to a significant contraction of the UK music industry, which contributes £5.2 billion annually to the UK economy and employs nearly 200,000 people. [Source]
On the results, Encore CEO and Co-founder James McAulay says:
“We’re acutely aware of the damage the pandemic has done to our musicians’ livelihoods, but I was still shocked to see just how few bookings most musicians have left in the diary for 2020. This problem is being felt across the industry – from signed veterans to young musicians at the beginning of their careers. The government must act now to make sure our musicians aren’t left behind.”

“Before lockdown, my career was taking off hugely, having been awarded my first trial with a major UK orchestra and starting to freelance more and more regularly with major UK orchestras. I then had every single gig cancelled.
The SEIS government support was barely any help, since I’m a recent graduate and my first income tax amount was very low compared to what it would have been this year, where the amount of work I had been booked for increased greatly. I have no clue as to when I’ll start working again, or what I can expect to make money from without losing the skills and playing standard I’ve built up until now.”

“Prior to March 16th, I worked 6-7 days a week, mainly symphonic orchestral work. I was previously in a major London orchestra for 30 years and left to freelance three years ago, staying very busy as I was much in demand as an experienced orchestral player.
My last gig was March 16th. I have not had any work since and cannot envisage being offered work until a vaccine is found, as the sort of symphonic work I did will not be financially viable until concert halls can be filled to min 80% capacity.
I am considering other fields of work to bring in some money, but at 59 with no previous experience of working – except in music – I don’t imagine I will be top of most employers lists!
I have to face the fact that it is possible that I will never be able to work in an orchestra again.”

The government is not giving enough support

About Encore: Encore Musicians is the UK’s largest online platform for booking musicians for events with 5,000+ active members across all genres of music. Formed in 2016, Encore last year generated over £1 million in revenue for musicians who were booked across 2,000 events ranging from weddings and birthday parties to corporate parties and festivals.
Categories: Press Releases

Tutti Announces Creative Skills Marketplace  This week, London-based startup Tutti has announced a brand-new online marketplace for creatives all over the world to share their skills. Thousands of talented creatives (estimated at 50,000 freelancers in Read more…