Capitalising on their deliberately idiosyncratic combination of instruments, the ensemble regularly commissions new works, as well as creating their own innovative arrangements and venturing into live free improvisation. The ensemble has commissioned over 50 composers at various stages of their careers. They were shortlisted in the Royal Philharmonic Society Awards 2019 in the Young Artists Category and their debut album HERE WE ARE is out now on Delphian Records.

We were thrilled to catch up with The Hermes Experiment clarinettist, Oliver Pashley, to talk about the ensemble, their favourite performances and what’s next for this exciting ensemble.

The Hermes Experiment prides themselves on ‘Capitalising on their deliberately idiosyncratic combination of instruments’ – how did the mix of Harp, Clarinet, Double Bass and Voice form to create the ensemble?

We all studied together at Cambridge University, but didn’t actually form as a group until we’d graduated and all moved to London. We wanted to create a group that specialised in contemporary music, and the setup of having a harp, bass and effectively two ‘melody instruments’ gave us the standard structure of bass instrument, chord instrument, melody instrument(s), albeit with sounds you wouldn’t normally put in that combination! 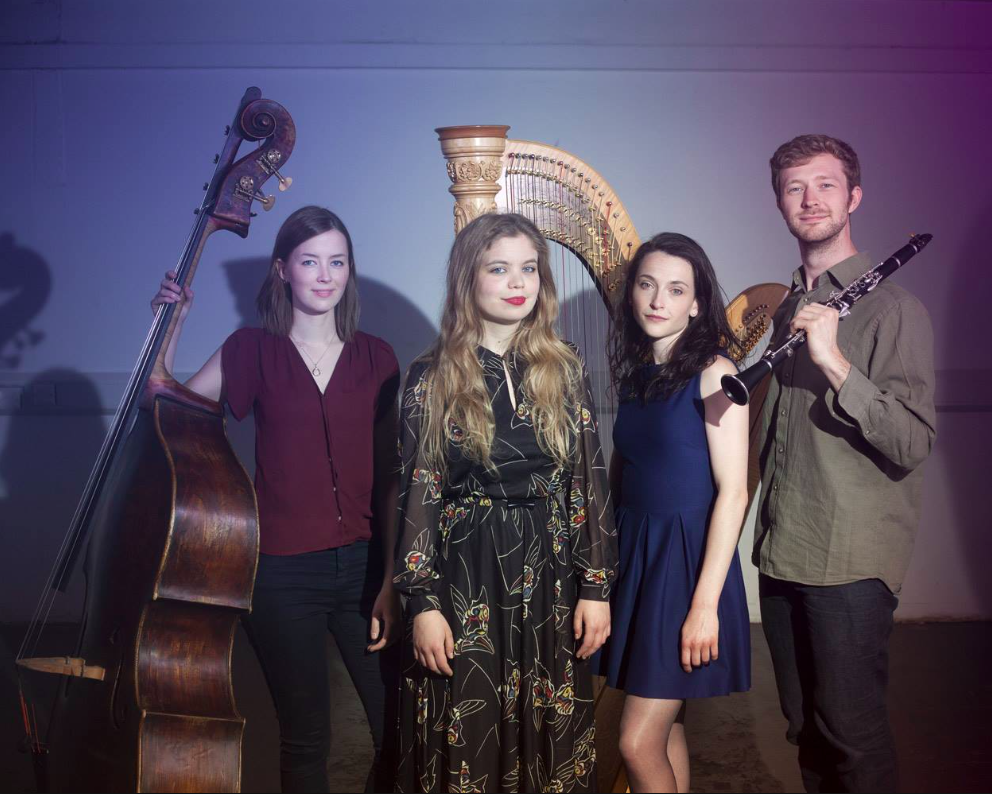 It’s fantastic that The Hermes Experiment champions contemporary music and commission lots of artists from today. Is there a particularly stand-out piece that you have performed that you fell in love with?

I definitely don’t want to speak on behalf of the group, as we all have our own particular favourites. We’re lucky that we have such a fantastic pool of repertoire at our disposal now, and I keep getting reminded of wonderful pieces that resurface after a little hiatus. Personally speaking, a consistent favourite of mine is Misha Mullov-Abbado’s The Linden Tree, a kaleidoscope of sound that effortlessly flits between folk-song heartbreak and nostalgic jazz.

How have you all adapted to a more digital world during the pandemic?

Fairly soon after the pandemic hit we made a couple of ‘performance from home’ videos, one for the Royal Over-Seas League, the other for the (then-cancelled) Vale of Glamorgan festival.

It’s been amazing to see how the industry has strived to keep things going in some form or another, and we’ve been so fortunate to have been able to play during this time: we’ve done streamed performances for Wigmore Hall, the Michael Cuddigan Trust, Birmingham University, the Royal Over-Seas League, Oxford Lieder Festival and BBC Radio 3, and one of our usual composition workshops at Trinity Laban in London was taken online with us doing socially-distanced recordings of composers’ pieces last summer.

Away from performing, we participated twice in online seminars for young musicians: once to speak to the musicians of the National Youth Orchestra last summer as part of their digital residency, and once in January this year when our two co-directors, Hanna and Heloise, spoke to students at the Royal College of Music about setting up and running an ensemble.

Is there a particular venue which you cannot wait to perform in again?

Our performance at Wigmore Hall this January was very moving – it’s an iconic building with a very special acoustic. We would love to return there again, hopefully next time with a real-life audience!

Now there is a small light at the end of the tunnel for live music, do you have any in-person plans in the pipeline?

Tickets are on sale for a concert at Kings Place in September (details here), which is very exciting! There are a couple of things in the works, but they are reliant on so many things – government guidance, vaccination progress, loosening of restrictions – that it really is too early to know if anything will happen yet. I’d rather not tempt fate and just keep my fingers crossed for the moment…

Similarly to Classicalexburns, The Hermes Experiment strives to be accessible and relevant to everybody – how do you go about making classical music accessible for all?

Classical music is seen by many as impenetrable, elitist, inaccessible. We try to bring as many people into the experience of seeing us perform as possible, even if it’s just by talking a bit about the music we’re performing. Most of the music we play is written by people who are still alive. They are often writing about things that affect all of us, in styles that many of us can identify and relate to. With that said, it doesn’t mean music of the past is an artefact to be consigned to a museum. Even with older stuff, even with Mozart or Beethoven, it was written by people who felt things, for people who also felt things.

People often make the mistake of thinking that for something to be accessible it has to be easy on the ear, and while some of the things we play are, there are some that definitely aren’t – but that doesn’t make them inaccessible. We want to explain the music we play and what it stands for, to challenge people so they can engage with and learn something that might be unexpected or new. Accessibility isn’t about dumbing things down: it’s about giving people the opportunity to be challenged, showing people that the music is in fact for them, and that it can surprise, delight, shock, and inspire.

Can you tell us a bit more about the Song virtual Composition Project?

The Virtual Composition Project was our covid-friendly education project, related to our second album, SONG (due for release later this year). We gave 30 state school students across four London boroughs the chance to write a piece for our group which we then filmed and uploaded to our Online Song Gallery.

Following introductory ‘how-to’ style videos, each student submitted a first draft and received detailed feedback from the group as well as a preliminary recording of the piece. They then had a few weeks to tweak, and then the final result was recorded by us last month.

Our hope (apart from to introduce the next generation to composition) was to broaden the notion of what a ‘song’ could be, much like we try to on our new album. Sure, you can have a melody and accompaniment, but you can also have a song without words, you can have beatboxing, you can deconstruct the text; there are so many possibilities, and we’re delighted that the young people involved took to the challenge in such committed, varied and interesting ways.

What’s next for The Hermes Experiment?

Our second album, SONG, will be released later this year with Delphian Records. We were delighted to be back working with them again following the release of our debut album HERE WE ARE last summer. Other than that, we just want to continue to collaborate, to perform, and to bring lots more wonderful music into the world. 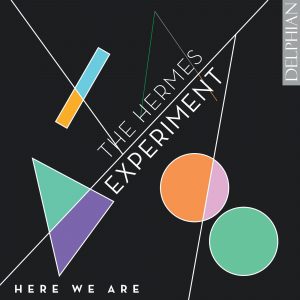 Debut album HERE WE ARE out now on Delphian Records