Supported by the National Lottery through Arts Council England, Flip the Stem are an exciting new classical music organisation who are dedicated to popularising history’s marginalised composers. Flip the Stem do lots of important work within the sector, so we were thrilled to sit down with Jenny for a chat about who FTS is, what they want to achieve and what’s next for the organisation.

Can you explain in a few sentences how Flip the Stem came to be?

We wanted to create an organisation where it was possible to programme marginalised composers from the get go – we felt frustrated with the lack of diversity in classical music programming but also understood the difficulties faced by organisations when including music by marginalised composers (both Nadim, Director of Flip the Stem, and I work for orchestras in Manchester). We were also seeing attitudes towards marginalised composers’ music online that revealed many in the classical music community believe that the music these composers wrote was of a lower standard or quality than works by composers who are considered to be part of the Western Classical Canon, despite the music actually sounding very similar.

What is the mission of Flip the Stem and why is it important?

Our main aim is to help popularise marginalised composers through increasing awareness of and improving access to these composers’ works and we do this by creating freely available recordings and sheet music. These composers haven’t had the same level of recognition as those belonging to the Western Classical Canon for various socio-political reasons, even though there’s some really lovely stuff out there. One thing that has surprised me has been when researching composers, we found out that quite a few of them experienced success while they were alive, but this success fizzled out inexplicably after they died. Ultimately, we want to try to change the misconception that this music isn’t worth exploring or getting to know. 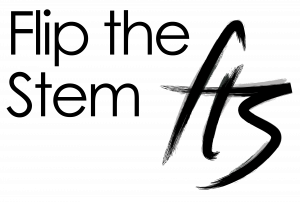 Congratulations on receiving ACE funding for FtS – how has this money helped the organisation so far?

Thank you! The money we received from ACE has been indispensable for our operations and has really helped kickstart Flip the Stem. We’ve primarily used the funds to pay all our freelancers who recorded pieces for us, along with the sound engineers who produced our recordings. It also helped cover other admin-related costs necessary for our day-to-day operations.

How do you go about choosing what music to record as part of your series?

We began this process by creating a database of all the female composers and composers of colour we could find who were in public domain, exploring their music by looking at the scores and recordings available to us online, and then narrowing down the list from there of who we would like to spotlight. From this pool of composers, we identify works that are written for smaller forces, usually solos or duets, for two reasons: firstly, we are operating during the pandemic with a limited budget, so recording pieces for larger ensembles isn’t practical at the moment, and secondly, shorter pieces with smaller instrumentation are easier to share and popularise.

We are conscious of making sure to get as high a variety of instrumentations across the pieces we commission as we can, so we also make sure to choose repertoire that isn’t only for piano solo, or violin and piano/voice and piano duets. The database has more than 150 composers on it so far, so there’s a lot of scope for future commissions – we’re hoping for some of these to be recorded in-person in the future!

Has there been a composer so far whose music has surprised you?

Vítězslava Kaprálová – it’s really disheartening to find such high-quality music that has been neglected by previous generations. Kaprálová died when she was only 25 but had quite a big compositional output and a successful conducting career, none of which I knew about before researching her. I’d never heard any of her music before, so she was a fantastic find, especially for someone who likes Eastern European classical music as much as I do!

What are some future plans for Flip the Stem?

In addition to releasing our usual score videos, we’re planning to expand by producing more educational content too, such as composer spotlights. We are also hoping to collaborate with other creative organisations and find ways to introduce our audience to even more marginalised composers – keep an eye out on social media so you don’t miss anything! Our period of ACE funding has now come to an end, so we are looking for new avenues to fund our future activity. One recent venture has been to launch a Ko-fi page, where people can donate to Flip the Stem if they want or are able to.

How can people engage with you online? 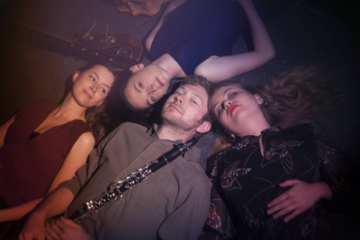